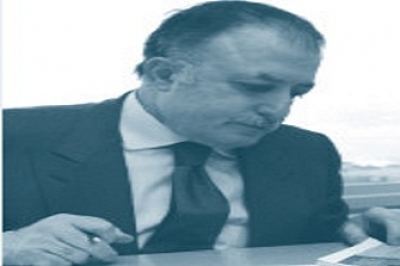 Lebanon’s Wars, Why?
The main problem lies in the system that we have developed either by consent, force, inaptness, or by all these combined. In fact, our political and socio-economic system strives on crises.
The question is that of legitimacy and authority or the lack of them.  A citizen believes that his country’s political and economic affairs are not his concern due to the absence of the state, so he delegates a politician, “Za’im” who, for the same reason, is only concerned with protecting his position and political inheritance, so he entrusts technocrats of weak political roots with daily government work and foreign powers with managing the country’s key national affairs. The 1975-1990 civil war was not about Palestinians and their weapons. Today, the dispute is not between the “March 14 and the March 8 Forces,” or about “freedom, sovereignty and independence” versus “the weapons of the resistance.” It is about power sharing in a system that lives on generating fear amongst confessions. Human resources are depleted, forced to emigrate or even assassinated. Moreover, the country’s financial resources are also squandered by either corruption or destruction. It seems that the system cannot function without an “enforcer”, who is always an external force(s).
Those who are called “Zua’ama” or “Emirs of sects” are not only the victims of this vicious circle, but also its creators, along with their followers and other citizens. It is impossible to get out of this infernal circle unless we agree on the need to identify the defects of our system and join efforts to resolve them. Two steps are required for this purpose: Reconciliation and objectivity.
The process of reconciliation was halted by a general amnesty law drafted by those who participated in the war. It is not acceptable to forget about the long 1975-1990 civil war, which is perhaps still ongoing, as if it never occurred. The subsequent, as well as the organized looting of the state perpetrated under the slogans of “reconstruction” and the “state of law and institutions” as a reward to Zua’ama does not provide for stability.
Understanding one’s history as factually as possible and reporting current pertinent facts is another prerequisite not only to achieve reconciliation but to plan for the future. It is time to understand that, in the end, everyone loses. Leaders who seek and live by power are either assassinated or go into oblivion and the people are always the ultimate victims. We hope that Information International, through its monthly magazine and other publications, would contribute to reviving the Lebanese people’s memory, and present them with facts and figures in order for history not to repeat itself.
This article, written by Jawad Adra, was featured in The Monthly magazine in its issue number 55 of January 2007. It served as an introduction to a book entitled Lebanon’s Wars, Why? that was published by the Social and Cultural Development Association (INMA) in cooperation with Information International within the Bee Series for civic education. Publishing this piece again today attests to how little the situation has changed in roughly eight years.