Phoenicia in the Roman era 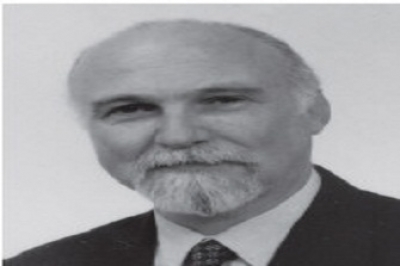 Phoenicia in the Roman era

After the disintegration of the Seleucid Empire, General Pompey’s mission was to curb piracy supported by coastal cities, which was where their ships were built and the slaves they captured sold. He also set out to suppress local militias that controlled Tripoli and Byblos in addition to the regions of Apamea (Qala’at al-Mudîq) Ammân, Jerash, Aleppo, Northern Syria, Harrân, Euphrates and Palestine among others.

The Roman institutions were incapable at that time of managing the affairs of a so immense Empire, let alone the insatiable ambitions of their generals. As a result, the aging Roman Republic succumbed to civil wars that ended with the victory of Octavian over his colleague Marcus Antonius and the latter’s Egyptian ally Cleopatra the Seventh at the naval battle of Actium in 31 BC. Following his victory, a very shrewd Octavian, with the help of a rich friend, managed to bribe the Senate into awarding him a number of titles as “Princeps” (i.e. “the First” among the Romans), “Imperator”, (i.e. the “Victorious General of the army”), “Pontifex Maximus” (i.e. “Chief Priest)”. Those titles enabled him to have full powers in all political, military and religious affairs. In January of the year 27 BC, the Senate gave Octavian the title of “Augustus”, (i.e. “the Venerable”, “the Holy”, “the Endowed with fullness of Sacred Force”), an appellation that gives to its bearer the traits of divinity. With that, Augustus ushered in a new era and led an Empire that lasted for four centuries before it was divided into two parts by Theodosius I the Great at the end of the 4th century.

Augustus laid the foundations of a policy that was to be adopted by all of his successors. Under the prevailing “Pax Romana” or “Roman peace”, Phoenicia completed its radical cultural transformation that began during the Hellenistic era. While Latin was widespread among the administration and army circles, in official documents and among the habitants of “colonies” occupied by veteran warriors (such as the Beirut colony which was established to settle veterans of the 5th Macedonian legion and the 8th Gallian legion that originally included Baalbek and the Orontes river sources), Greek remained the basis for culture, learning and language of communication among well heeled class members. It even replaced Latin in some sectors. As an outcome to these cultural transformations, some local languages, such as Aramaic, completely disappeared from official documents and the use of its dialects was confined to verbal communication among members of some social classes.

In order to encourage the locals to adopt the new culture, the Romans focused their attention on architecture. Emperor Augustus was aware of Baalbek’s economic and religious significance, and therefore established a great project transforming it into a forefront to promote and highlight Rome’s image, its grandeur and power among visiting tradesmen and pilgrims in order for them to recount what they witnessed back home. The plan was part of the state policy to consolidate Roman control over the region. And during about four centuries, successive emperors financed work on the Baalbek religious complex, which never was completely achieved. One of the most important political initiatives that contributed to deepening the feeling of the local populations to belong to the same civilization and to adopt Roman customs, traditions and names, was when Emperor Caracalla in 212 gave all free residents of the empire the Roman Citizenship.

Thanks to the financial contribution of religious and civic authorities, buildings were constructed in the region’s cities and were decorated in Greco-Roman style. While local quarries provided the finest limestone, red or grey granite and porphyry were imported from Egypt, and green and white marble from Italy and Greece. Local and foreign notables also competed to decorate their cities with statutes, triumphal arches, public baths, theaters, aqueducts to draw water and hippodromes for horse chariots racing. Some cities hosted games, in which athletes from across the Empire competed.

Without undermining the requirements of traditional forms of worship and rituals, shrines and temples were built on the ruins of local chapels and decorated based on Greco-Roman rules of art and architecture. Monumental tombs and marble sarcophagi that were imported from the land of the Greeks and decorated with sculptures inspired by Greek mythology and epics filled necropolis, or cities of the dead, along the roads of entrances to cities.  Beirut distinguished itself from the cities of the province of Syria-Phoenicia by being a pure Roman colony that enjoyed the same rights as Italian cities. Before 196 AD, it was a center for the publication and archiving of imperial decrees related to oriental provinces. This allowed the responsibles of the archives to use them when teaching laws. In a lack of historical evidences about the establishment of a law school in Beirut, the oldest source mentioning it dates back to the 3rd century. The school only received official recognition in the beginning of the 5th century and was considered equal to the schools in Rome and Constantinople. In 551, a devastating earthquake, accompanied by a massive tidal wave, destroyed a number of coastal cities including Beirut, and the famous school was relocated to Sidon.

The fact that there is no clear indication in the historical sources to the location of the Beirut school before the 5th century is noteworthy. It seems that it formed a part of the annexes of the Resurrection Cathedral which was erected in the area which is now situated between the Greek Orthodox Cathedral of St. George, the Greek Catholic Cathedral of St. Elias and the Frankish (Crusader) Cathedral of St. John the Baptist. This latter church was turned after the Crusader era into the Al-Umari Grand Mosque.