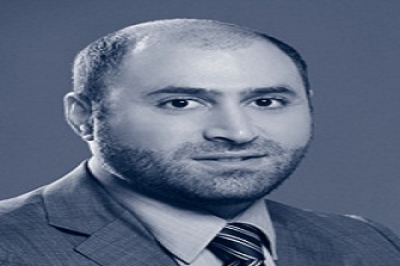 Pregnancy is a challenging and changing experience for any woman. It is a sensitive time of growth for both herself as a mother-to-be and her baby. Even though all pregnancies share general similarities, each pregnancy is unique. Special shifts in the body, hormones, expectations, and attitude towards cultural pressures are what make pregnancy differ between women. Throughout the stages of pregnancy, a common ground among mothers-to-be is the experience of different psychological states.

The psychological changes that occur are mostly normal and expected, considering most pregnant women endure them, of course, to diverse extents. Every milestone of pregnancy triggers psychological changes in women. Mothers-to-be start facing psychological changes as soon as they discover that they have conceived. They may react to the news with joy and anticipation if, for example, the pregnancy was planned and desired. On the other hand, an unexpected pregnancy may bring upon chaotic emotions and thoughts.

During the first trimester, pregnant women often experience rapidly altering emotional states. In this stage, a woman’s normal emotional highs and lows are heightened and magnified. Issues that normally seem insignificant may become irritating, depressing, and tearing for pregnant women. These mood swings are evident in some mothers-to-be more than others. The alternating mood usually depends on the woman’s personality structure, emotional support, hormones, and environmental stress. Further, the first trimester is accompanied by a miscarriage risk of about 20%. This risk may induce the pregnant woman with feelings of worry and anxiety about whether or not the pregnancy will continue.

The intense emotions of the first trimester become lighter as a woman approaches the second trimester. During the fourth and sixth months of pregnancy, the fears of miscarriage and the physical discomfort of the first three months usually disappear. The sex drive of women may enhance at this stage, due to the increased vaginal lubrication and blood flow to the pelvic area. On the other hand, the second trimester may provoke women to worry about their weight gain. The extra weight put on often makes mothers-to-be feel unappealing and heavy. As a result, women may feel anxious about whether or not their partner still feels physically attracted to them.

Feelings of anticipation increase as mothers-to-be reach the third trimester. Expectant mothers start getting ready both physically and emotionally for childbirth. By this time, ambivalent feelings towards pregnancy are usually settled. First-time mothers may often feel concerned and worried when it comes to giving birth. They may also feel anxious about entering motherhood. The care and attention from the partner, family members, and friends tend to reassure expectant mothers. As a result, the last month of pregnancy makes many women feel special.

The psychological states induced by pregnancy may significantly affect the mother’s well-being, along with the development of the child she is carrying. As the fetus is developing, it constantly receives messages from the mother. Studies have shown that a fetus gets chemical signals through the placenta, some of which include signs about the mother’s mental state. Some research shows that babies of stressed mothers tend to be born prematurely, thus, making them in need of specialized medical care.

A recent study conducted to understand how a mother’s psychological state affects the development of a fetus, screened pregnant women for depression before and after delivery. They also assessed how well the newly born babies were developing. Interestingly, their findings showed that what mattered to the babies’ development was the consistency of the environment before and after birth. This means that infants that developed best were those who either had mothers that were constantly healthy or constantly depressed before and after birth. Consequently, what was shown to slow the babies’ developing was actually the mother’s alternating mental health (mothers that were healthy before birth then became depressed after, or vice-versa).

The nine months of pregnancy are psychologically demanding to every mother-to-be. Seeking advice from an appropriate professional such as a gynecologist or psychologist can help expectant mothers understand what they are going through. In order to cope better during this phase, a pregnant woman can look for support provided by her partner, family, and friends. It is vitally important for mother-to-be not to disregard her psychological well-being, for both her sake and her soon-to-be son or daughter.